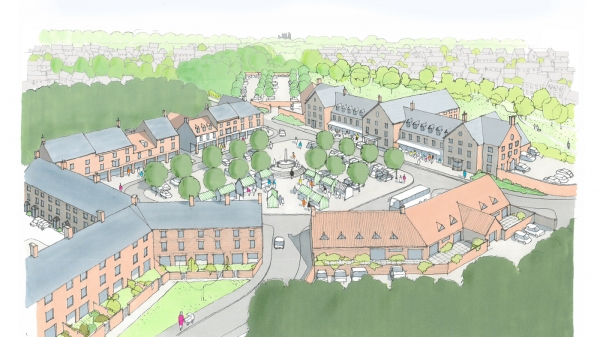 Plans for the regeneration of a former golf course site in the heart of North Yorkshire creating a new exemplary settlement providing up to 2,750 much needed homes for the Harrogate area are nearing planning application submission. The proposal, designed by Wildblood Macdonald on behalf of developers, Flaxby Park Ltd, aims to provide the region with not only much needed housing provisions but also an array of in-demand amenities such as Primary Schools, Healthcare, Hotel, Sports Facilities, Retail and Office space.

The development looks to take advantage of the abandoned site, unlocking its potential to provide a self-sustaining community for the Harrogate District all set amongst the existing picturesque landscaping and waterways. The proposal not only utilises the existing features of the site's landscaping but looks to create large areas of public open space, recreational walkways and cyclepaths and expands on the generous woodland and natural ecology. The clever use of masterplanning and design means that housing and development has been mostly kept to the natural bowl shape of the site, providing careful screening between the natural landscape and built environment. 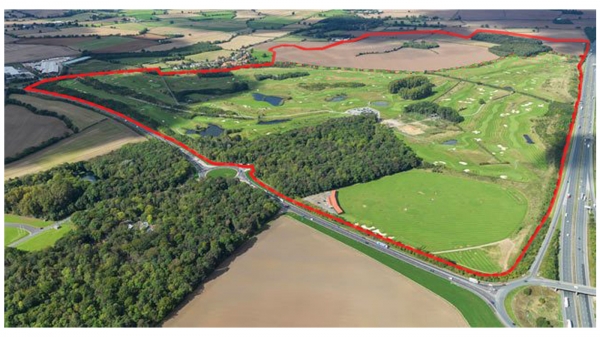 Situated 4km east of Knaresborough, 9km east of Harrogate and 12km west of York, the site is fortunate to be close to some of the area's most popular and sought after areas. Together with its close proximity to the A1(M) at Junction 47, A59 with recently built £4m roundabout for access and existing useful railway service, the proposed scheme would be equipped with exceptional transport links to surrounding areas and beyond.

The forthcoming proposal has started to create a wide array of press coverage and community support, helped by the recent approval of a £85 million technology focused science park, Flaxby Green Park, promising to create up to 3,000 jobs right on the other side of the A59 to the proposed development. Thanks to the phased construction plan, the development would also bring major economic benefits to the area over a 20 year period, providing not only thousands of jobs for the Harrogate area, but with improved access a catalyst for future regeneration.

“We have listened closely to what stakeholders and the public have told us over many months, resulting in a planning application that sets the template for excellence in 21st century living."

“Thanks to their input and the hard work of our talented award-winning project team, we have finessed our vision of a self-sustaining community in a country park setting."

“In almost every category, Flaxby Park scores highly as the right location for a development that will grow with Harrogate. It’s the right development in the right place and we are ready to deliver."

“Wildblood Macdonald Architects have brought our experience of living and designing developments in the Harrogate area for over 40 years to produce a design that is ideally suitable for its location in Flaxby and for local people."

“We have combined our skills with the experience of our clients, Flaxby Park Ltd, the expertise of the rest of the design team, and comments from all of those consulted, to produce what could become an absolutely delightful place to live and work."

Press coverage about this exciting development for the region can be found by clicking on the following news sources: 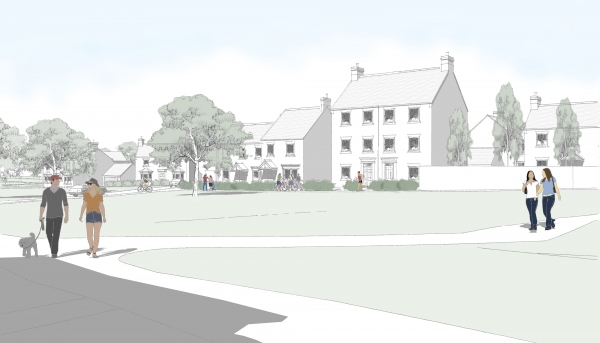